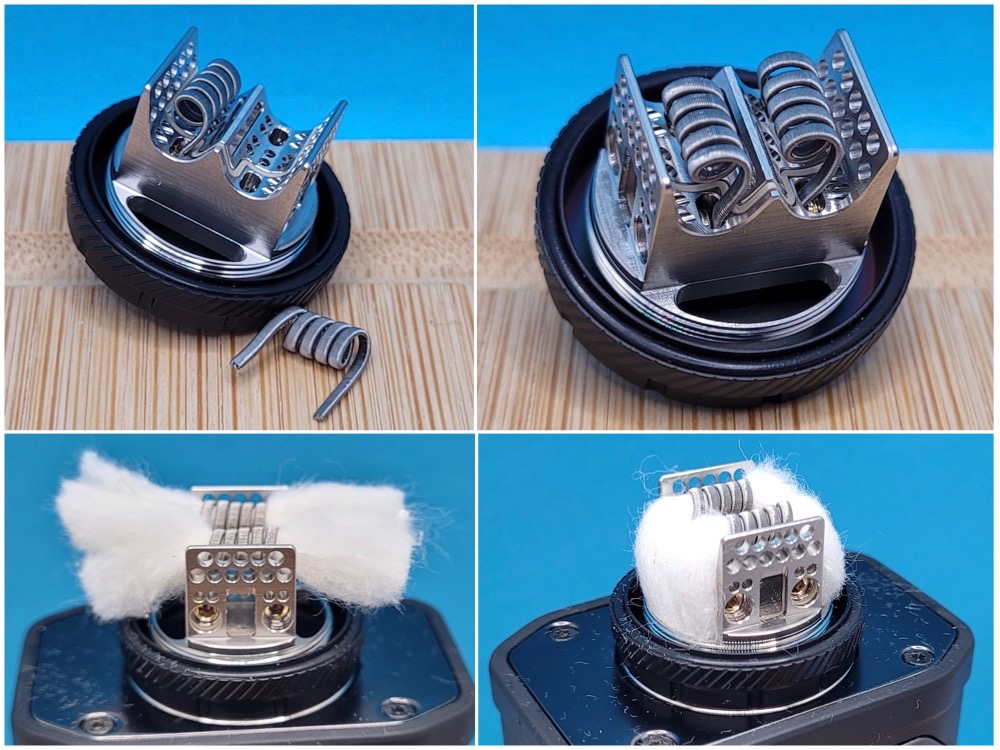 The Healthcabin Blaze RTA comes in a small presentation box with a clear window that displays the device. It has a bubble glass or a 2ml straight glass pre-installed and includes a small user manual. The device also comes with two premade fused claptons, spare O-rings, deck screws, and a coil cutting guide.

One of the features that sets the Blaze RTA apart from other RTAs is its new build deck design. It is similar to postless style decks but is designed this way to allow for a better airflow system. It has a dual 270deg honeycomb airflow system that allows plenty of airflow for higher wattage coils. In addition to this, it also has a top-to-bottom airflow system.